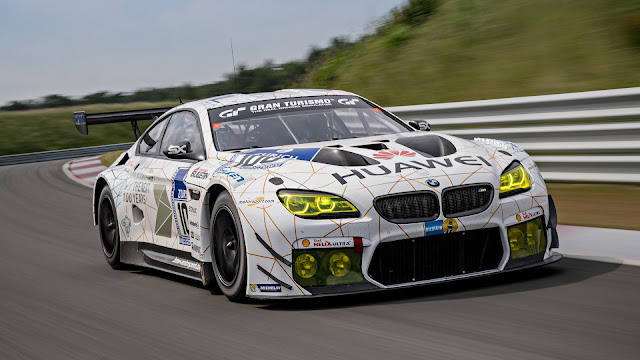 Victory for the BMW M6 GT3 at the Red Bull Ring: Jens Klingmann (GER) and Nicolai Sylvest (DAN) won the Saturday race in the ADAC GT Masters. The duo in the #14 car, run by the MRS GT-Racing team, crossed the finish line first after 40 laps of racing.

The lead changed hands several times during the event but, with roughly ten minutes remaining, the Danish driver set a lap time that was simply too good for the opposition.

Klingmann and Sylvest were also unbeatable in the race itself, leading from start to finish. On Sunday, Klingmann/Sylvest qualified fifth for the second race of the weekend. They then gained one position to finish the race in fourth place. The next two races in the ADAC GT Masters will take place on 10thand 11thAugust at Zandvoort (NED).

After 37 laps, they took the chequered flag in the #2 BMW M4 GT4, run by the Hofor Racing by Bonk Motorsport team. In total, four BMW M4 GT4s finished in the top five. Stephan Grotstollen and Georg Braun (both GER, MRS Besagroup Racing Team) finished third to claim a spot on the podium. Fourth and fifth places also went the way of the BMW M4 GT4.

Claudia Hürtgen (GER) and Michael Fischer (AUT, Hofor Racing by Bonk Motorsport) came home ahead of Marius Zug (GER) and Gabriele Piana (ITA, RN Vision STS Racing Team). Both pairs of drivers had to start from the back of the field.

The BMW M4 GT4 had taken full advantage of its strengths in qualifying. Three of the first four places on the grid were occupied by BMW race cars.

The duo of Thomas Tekaat (GER) and Franjo Kovac (CRO) were very unlucky; they started from pole position in the MRS Besagroup Racing BMW M4 GT4, but dropped back during the race and eventually had to settle for 13thplace.

The BMW M4 GT4 finished on the podium again in race two at Spielberg (AUT). The best-placed BMW drivers were Hürtgen and Fischer in second. They were followed in fourth place by Piana and Zug. Sixth place went to Grotstollen and Braun. The next ADAC GT4 Germany event takes place from 9thto 11thAugust at Circuit Zandvoort (NED).

The opening race in the GT4 SprintX series saw Sean Quinlan and Gregory Liefooghe (both USA) take victory in both the Pro-Am class and the overall classification in the #19 BMW M4 GT4 run by the Stephen Cameron Racing team. In the Am class, Kris Wilson and John Allen (both USA, Auto Technic Racing) finished runner-up in the #16 car. The fastest laps in both classes also went to the two BMW duos.

Jon Miller and Harry Gottsacker (both USA) also celebrated a second place. They finished runner-up in the Pro-Am category in GT4 West at the wheel of the #28 BMW M4 GT4, run by ST Racing. In the GT4 Sprint series, a total of four top-ten finishes went to BMW.

In the Pro-Am category of the Blancpain GT World Challenge America, Schmitt and his team-mate Liefooghe again finished seventh. The duo alternated at the wheel of the #87 Stephen Cameron Racing BMW M6 GT3. The Sunday races in all five series had not been completed by the editorial deadline. 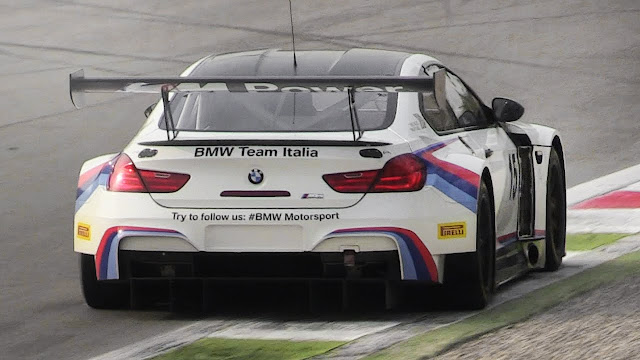 W Series: Visser on the podium as runner-up at Misano.
Beitske Visser (NED) put on another impressive display in the third race of this season’s W Series, which was held on the same bill as the DTM at Misano (ITA).

After her victory at Zolder (BEL) three weeks ago, the BMW Motorsport Junior finished runner-up after a hard-fought battle with eventual winner Jamie Chadwick (GBR). In doing so, she strengthened her grip on second place in the overall standings.

Visser now has 55 points to her name, 20 more than the third-placed driver and 13 points behind championship leader Chadwick. The fourth race of the season will take place at the Norisring (GER) on 6thJuly.

British GT Championship: Tough weekend in Silverstone.
The Century Motorsport team endured a difficult race weekend in the British GT Championship at the ‘Home of British Motor Racing’ – the iconic Silverstone (GBR) circuit. In the GT4S class, Angus Fender and Andrew Gordon-Colebrooke (both GBR) finished fourth in the #43 BMW M4 GT4, narrowly missing out on a place on the podium.

INSCREVA-SE NO GRUPO AMIGOS DO BLOG DO ARNALDO MOREIRA